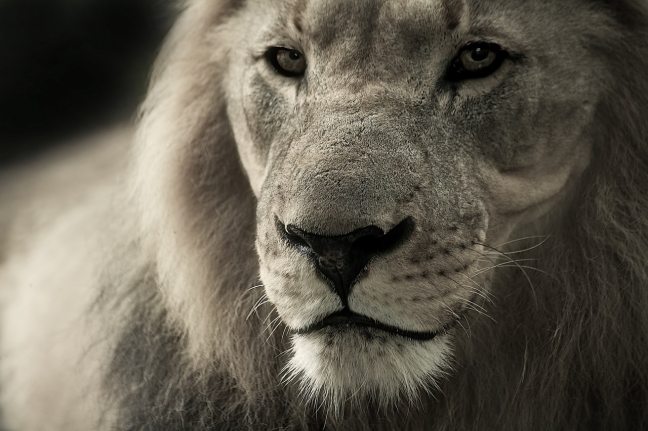 Have you seen an animal hunt? Not many of us would have had the opportunity to see hunting in the wild. Perhaps you saw predators hunting on Television. Like me, you may have seen a cat hunt a mouse or a lizard. Poor little mouse tries it’s best to save itself.

In surah Muddathir, Allah mentions about donkeys fleeing from the lions. It’s very rare to see lions attack domestic animals like sheep or donkey. Over time even wild animals have learnt not to harm animals under human protection! In a few translations, wild donkeys as used to explain the verse.

I wondered why donkeys were mentioned and not any other animals. I browsed to check if there are any videos on lions hunting donkeys. I came across a video wherein young lions attack tamed donkeys. Unlike a mouse or a deer which runs for its dear life, the donkey seems to just jog in font of hungry lionesses. Needless to say, they have an easy catch. Some donkeys stand by to see the hunt. The lions continue to attack! Though the donkeys have seen the attack, it hardly makes any difference in their survival tactics! It was a hopeless situation for the donkeys.

Now let us look at the verses from the Quran. Surah Muddaththir (49-51)

What does the parable speak about? It speaks about those people (donkeys) who turn away from the admonition (the lion) – the truth – The Quran. Those are the people who have failed to realize what is in store for them in the hereafter (the eternity)! What awaits, such people? Surah Muddaththir, speaks earlier about Saqar(hell) and why people end in Saqar. (Click here to read more about it.)

These verses reminded me of a hadith on naked warner:

In the past, to emphasize on the danger, the warner (the news bearer) used to undress and convey about the oncoming attack. Those who took heed of the message saved themselves from the danger. In the current days, we could probably compare it to a tsunami or a cyclone warning. Those who take it seriously move to a safer region.

Prophet Muhammed (SAW) came to us with the message, “There is no deity worthy of worship except Allah.” Quran and his life (Sunnah) show us how to lead a life as ordained by Allah. Will we take heed and save ourselves?

We people see our near and dear depart the world. Is it not enough for us to realize that we should lead a life of piety? Do we follow the Quran or are we lost in the entertainment the world has to offer? Yah Allah, let us not be the heedless donkey. Open our heart for Quran and help us give it, it’s due right. Ameen

Dear readers, the donkey is mentioned more than once to portray a person disliked by Allah. Do you know where it is mentioned? If so, please mention in the comments section.

5 thoughts on “THE DONKEYS FLEEING FROM THE LION”

Raw hues and splitting seasons; all things constant and floating ~